​I learned that the chemical composition and structure of a substance determines its properties with regard to its use, capacity for reuse and its capacity for recycling, because the high density polyethylene is a branched chain which makes its melting point higher which in a sense makes it harder to recycle then the low density. Low density polyethylene is not often reused as other recyclables because but it is easier to recycle because it does have a lower melting point than high density polyethylene.
The choices we make as consumers impact our community and environment because a lot of people don’t know or understand how to recycle or how to categorize different recyclables. A lot of people do understand that a lot of the plastics we use on a daily basis like water bottles or grocery bags do get into the ocean and that it kills a lot of animals, not just sea animals but the plastic we use do affect land animals too.
I do believe that we can use less plastic materials if people were educated about how to recycle and if they understood how the process of reusing or getting rid of plastics. Also a lot of people don’t know that recyclables are categorized by the materials and then processed and separated differently depending on the type of material that is in the plastic or in the cans.
Throughout this project I learned the recycling process and the different categories plastic and things like aluminum go in. I really enjoyed this project because not only did I learn something but I feel like the audience learned a lot from all of the projects us as a class put together to educate people on what to do or how recycling is done, or what materials a lot of our recyclables are made out of. I also learned a lot about how little high or low density polyethylene is used in plastics, they are used but they aren’t a commonly used material. 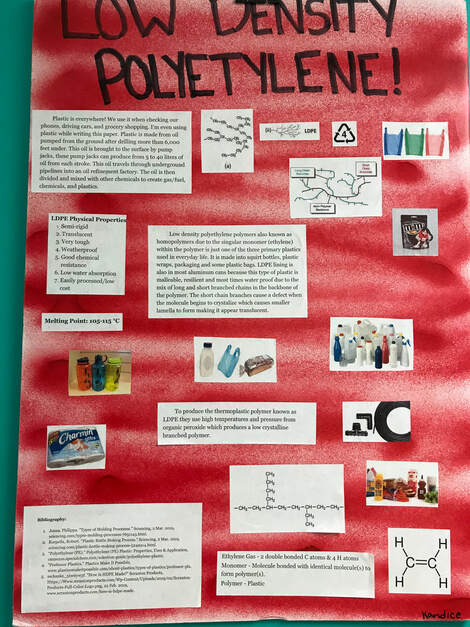 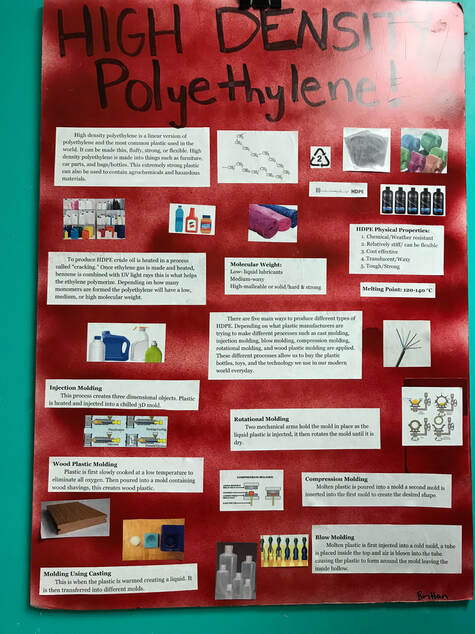